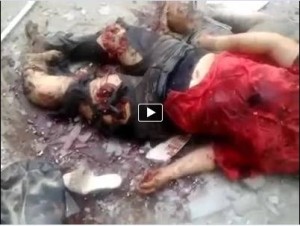 The Central Committee of the Communist Party of the Russian Federation expresses its deep indignation at the events in Ukraine. Bandera-fascist junta which seized the power in Kiev goes on with its bloody punitive action against civilians. Security agencies under Kiev’s control subject residential areas, hospitals, schools and kindergartens to artillery attacks and aviation raids in defiance of mass victims among civil population.  These actions have all the indications of open terror and ethnic cleansing.

CC CPRF believes that the so-called election of Mr. Pororshenko as the president doesn’t have anything to do with the idea of “free and fair elections”.  Moreover, as the developments persuade us, his coming to power resulted in enlarging the punitive operation and its turning into a real slaughter. The footage of the bloody air raid in the centre of Lugansk, filmed by the eye-witnesses is really shocking. This act of terror equals to barbarous bombardments of Spanish Guernica, British Coventry and Soviet Stalingrad. This is the true face of fascism.

The war crimes that are being committed have no time limitation for prosecution. They must become the subject for consideration by a special tribunal. Punishment is inevitable for those who gave the criminal orders: Turchinov, Yatsenjuk, Avakov, Poroshenko. Those who fulfill their orders will not avoid punishment as well.

CC CPRF attracts attention to the fact that the most atrocious accidents coincide in time with the visits to Ukraine of major US politicians. In our opinion this is yet another evidence that this military reckless scheme of the Kiev junta was conceived by the Washington administration and is being managed by it. These steps by the American politicians must be severely condemned at the international level.

The possibility that this conflict will spread not only into the neighboring regions of Ukraine, but also into the bordering areas of Russia is quite real. It is our country that this war is aimed at. This war is fratricidal and destructive for the foundations of Russian statehood. The situation requires immediate reaction on the part of the president and the government of Russia.

CC CPRF stands for an immediate session of the Security Council of the Russian Federation. A number of measures must be elaborated without delay on how to stop conflict spreading and bring the situation in Ukraine to normal. Under present circumstances the CC CPRF considers it to be necessary:

– to recognize officially the Donetsk and the Lugansk People’s Republics

– to take measures to help refugees from Ukraine

– in case of further enlargement  of the punitive operation against the citizens of the Donetsk and the Lugansk People’s Republics to demand that the president of the Russian Federation should exercise the right given to him by the Federation Council to use armed forces for the protection of  the life and freedom of the civilians.