Despite of mass protests against political persecution of the Communist Party of Poland the Polish authorities continue to pursue anti-communist policy aimed at a total ban of Party’s functioning in the country.

As an action of protest in support of Polish Communists on January 22, 2018 Moscow and St. Petersburg CPRF branches arranged pickets in front of Polish Consulates in the cities.
Russian communists once again condemned and denounces anti-communist actions and persecutions launched by the authorities as well as national policy aimed at banning communist symbols and fighting monuments of the Soviet history.
We demand that such irresponsible acts cease forthwith, they could not be justified anyway!
The CPRF expresses its solidarity with the Communist Party of Poland in its struggle against political arbitrariness and anti-communism for the interests of people.
Hands off Polish Communists! 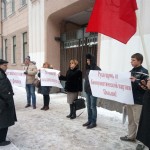 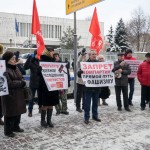 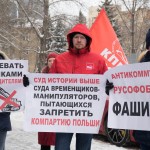 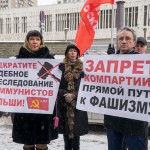 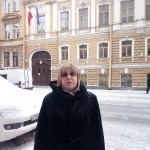 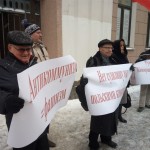