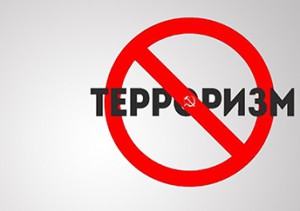 [Report in Español - English and  Russian]

Statement by the Presidium of the CC CPRF on terrorism

Gennady Zyuganov, Chairman of the CC CPRF, leader of the CPRF faction at the State Duma of the Federal Assembly of the Russian Federation


The world is shocked by the carnage that occurred in the French capital. Many innocent citizens have died. The events prompted the feelings of grief and indignation among millions of people in various countries. The Russian Communists are expressing their deep-felt condolences to the relatives and close ones of those who died in a series of vicious terrorist acts planned and carried out by fanatical radicals. We grieve together with the people of France who in their time brought to the world the light of the Great Revolution and progress and today have become the targets of barbarism and reactionary obscurantism. We express our indignation at the brutal killing of innocent people and demand a just punishment of all those complicit in the crimes perpetrated against humanity.

The consequences of what happened may turn out to be far more serious unless the right conclusions are made quickly. This is not the first time Europe is confronted by terrorism. However, what happened in Paris exceeds the scale of an ordinary terrorist attack. The coordinated actions of those who perpetrated this hideous crime attest that they have behind them a powerful, well organized and structured force. There are no grounds for thinking that it will stop of its own free will.

Engendered by the present stage in the development of capitalism, terrorism, which wears a religious garb, poses a threat to the entire civilization. It challenges the bedrock norms and principles worked out over the many centuries of human history. This evil is becoming the plague of the 21st century. Like German Fascism in the 20th century terrorism arose from the crisis of the world capitalist system. It is a response to the policy of crude interference in the affairs of sovereign states, their subjugation and plunder. Arising on the ruins of Iraq, Afghanistan and Libya it acquired an immense destructive force on an international scale.

Today it is extremely important to stop the all-out offensive of terror. This can only be done by understanding its deep roots. One of the main reasons why terrorism has become a major problem of out times is that Western politicians have long and willingly used its services. They have become accustomed to dividing the terrorists into “ours” and “theirs”. “Ours” are those whom they find useful for one reason or another. “Theirs” have to be made short shrift of even sidestepping international legal norms and crushing the sovereignty of whole states.

The world has been moving towards what happened in Paris throughout the past decades. Many countries have already faced ferocious terrorist attacks. Such actions triggered civil wars in Libya, Egypt and Syria. However, Western politicians at the time were concerned about totally different issues. They were busy overthrowing the legitimate governments of these countries impeding their struggle against the forces of terror.

Russia remembers the terrorist war in the North Caucasus, the tragedies in Budyonnovsk, Kizlyar and Beslan. Their organizers used the same methods as are being used today in France. But at the time the USA and the European Union were bringing pressure to bear on the Russian authorities describing the counter-terrorist operations as “excessive use of force.” Moreover, Western experts and whole organizations were helping extremist groups.

The government coup in Ukraine in 2014 was a vivid example of the use of terrorism in the interests of the USA and NATO. The West gave all-out support to the militants on Maidan Square who used weapons against security forces. They cynically hushed up the “Odessa Khatyn” tragedy when extremists burned alive tens of people in the very centre of the city. The NATO bosses still pretend not to notice the lethal shelling of residential houses in the Donetsk and Lugansk People’s Republics. The reason is that in the West’s opinion, fratricidal strife in Ukraine meets its geopolitical interests. That is why no international tribunals are set up, no sanctions are imposed on the Banderovites who are perpetrating acts of terror, and there is not so much as a word of condemnation on the part of leading politicians in the USA and their allies.

Today’s terrorism is the result of utter lack of principle in the actions of the world’s big business. Its agents have long been using terrorist methods as a weapon in their clashes over redividing the world markets and suppressing the national liberation struggles of the peoples. In a bid to grab the resources of independent countries, globalists have actively fostered militant organizations all over the world. They were used to create a neocolonialist system in Africa and Latin America in the 1960s and 70s. Terrorists were armed in Afghanistan to fight against the USSR in the 1980s. In the 1990s and 2000s the established systems of security in the Middle East were destroyed and whole terrorist armies were created. The outcome of these games was that the wave of terror has started to get out of the control of those who sponsored it. What happened was a repeat of what happened in the mid-20th century when the West went too far in flirting with Fascism.

In the past decades the world has witnessed extremely alarming trends. After the destruction of the USSR the USA and its allies unleashed veritable terror against the populations of entire countries. This was the case in the land of Yugoslavia and Iraq where NATO missiles killed civilians. NATO military interventions began to be made bypassing the UN. International law has been yielding more and more ground to the policy of force.

The people in Western countries are becoming victims of the policy of their own governments. European security systems have proved to be utterly ineffective. The strategy of multiculturalism has collapsed. The refugee problem is getting out of control. The European Union is finding out to its own cost the price of colluding with the tycoons on the other side of the Atlantic. Representatives of the EU have every ground for adopting a more independent course and for influencing the US policy more actively in order to change the overall Euro-Atlantic policy.

Against the background of the ongoing events the Soviet experience of fighting bandits and terrorists is becoming particularly relevant. The Soviet Union faced these phenomena from the first years of its existence. Terrorists had active support of the imperialist circles of Western Europe, the USA and Japan. They thought that any means could be used against the world’s first Socialist State. The West began by generously sponsoring the White Guards who embarked on the path of war against their own people. It went on to patronize the Basmachi, “the Forest Brothers,” Banderovites and other out-and-out bandits. These thugs targeted not only military, government and party leaders of the USSR, but above all ordinary Soviet citizens.

All the anti-government groups suffered defeat in the struggle against the Soviet country. The credit for this goes not only to the efficient work of our special services which set the highest professional standards. The main thing is that the Soviet Union eliminated the roots that fed terrorism. It conquered poverty and social class cleavages in society.

In Soviet society terrorism had no chance precisely because its social base had disappeared. Socialist society offered equal opportunities to all its citizens. They were able to work honestly, to raise families and bring up children enjoying the broadest social guarantees. On that basis the USSR created an effective system of security thanks to which every person felt protected and confident of tomorrow.

One should not hide one’s head in the sand: the source of modern terrorism is the social divisions, poverty and despair of the multi-million masses of the people in various parts of the planet. That is why various groups have an opportunity to constantly recruit members of ever new militant units. Terrorism as a phenomenon cannot be defeated without a strong social policy. This is true of Russia, Europe and the world as a whole.

The situation in present-day Russian society differs strikingly from that of the Soviet times. The country is split by appalling social inequalities. Poverty and destitution have become the daily reality for the majority of citizens. In Dagestan alone one in every two young people is out of work. This situation greatly facilitates for the gang leaders the task of recruiting new members. Nationalist and religious extremists are increasing their propaganda among the indigenous peoples of Russia, among the disenfranchised guest workers humiliated by bureaucrats and crushed by capital.

Reality is crying for Soviet experience to be taken on board. But how do the authorities respond to this need? They once again fall back on anti-Sovietism and Russophobia, stirring the wounds of past civil divisions. Thereby the ruling circles are deepening the split in Russian society and giving more room for the activities of terrorist groups.

The issue of international struggle against terror must be central to the world political agenda. However, that fight can only be effective if the roots of terror are eliminated. The world public opinion should give no credit to any politicians and corporations that have been caught rendering direct or indirect support to terrorists. The peoples of all countries must strive to curb the rampant big capital which is dragging the world towards a new global conflict.

Humankind is faced with a challenge and we cannot remain onlookers. But the fight against terror can only be really successful if it is combined with renunciation of the existing economic system based on exploitation of entire peoples and unfair distribution of incomes on the world scale. In other words, to conquer terrorism as an attribute of modern capitalism, capitalism itself needs to be overcome. It is impossible to succeed by fighting the consequences and not the cause.

The CPRF comes out for giving a tough and resolute rebuff to all those who encroach upon the life and health of citizens and seek to impose their criminal order on the world. The global character of the threat presupposes coordination of the fight against terror on the broadest international scale. As it grieves together with France, Russia must be ready to face new challenges. Our society needs a complex of effective measures to change internal legislation, revise a whole range of international agreements, rehabilitate the economy and broaden social guarantees.

If we are to stand up to external challenges we must become stronger and wiser.