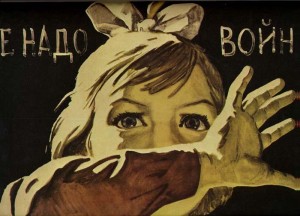 Peace for peoples of the Middle East!
No to imperialist aggression!

At the background of the Israeli-Palestinian conflict the events in Syria have become secondary. Meanwhile, the external intervention continues in this country.

After being defeated in the battle with the Syrian army, which remained loyal to the people and the legitimate leadership of the country, mercenary gangs, known as the “opposition”, moved to open terrorism. Every day there are reports of bombings, killings of civilians, gang attacks on towns and villages. These actions are clearly intended to create a situation of chaos, upsetting the people with the government to achieve its overthrow.

The real purpose of the Western “democratizers” is a violent change of government.  For the independent foreign policy of Syria is a source for long-standing rage of the U.S. and its allies, including Israel. What kind of concern for democracy and human rights can be discussed if the economic sanctions of the western “benefactors” have led to a humanitarian catastrophe in the recently prosperous country?  For months bands of mercenaries, funded, trained and armed by western intelligence agencies, have been bringing death and destruction from the territory of Turkey. Even Western human rights organizations, not feeling sympathy for the Syrian leadership, have been critical of mass atrocities by the so-called opposition. But Western “democracies” prevent the condemnation of terror against the people of Syria in the United Nations.

Simultaneously, the latter-day “civilizers”, pushing the disparate opposition, created a caricature “government in exile” and then recognized it, contrary to all norms of international law. All this confirms that the militant NATO members are the real culprits of the tragedy of the Syrian people.

Meanwhile, a number of Arab countries, which are actively participating in the intervention against Syria, show remarkable restraint to anew wave of Israeli aggression against Gaza Strip. These countries have restricted themselves with stereotypical declarations against Israel, blocking, however, the UN statement condemning Israel, initiated by Russia. These countries did not show eagerness to provide a real financial and other material support to the Palestinian people. This fact once again shows that the basis for the destabilization of the Middle East –is the class alliance between the former colonial powers of the West and the Arab monarchies.

The Communist Party of the Russian Federation reaffirms its support for the struggle of the Syrian people for national sovereignty against external aggression.

We also support the just cause of the Palestinian people, which is seeking to establish an independent state with its capital in East Jerusalem, in accordance with all UN resolutions, Israel’s withdrawal from the occupied Arab territories and the return of refugees to their lands.

CPRF condemns the imperialist policy of the U.S. and its allies in the Middle East, their attempt by the strategy of “controlled chaos” everywhere, to create reactionary regimes. We protest against the policy that plunges into a state of destabilization of entire regions, brings immense suffering for dozens of millions of people. Peace for the Middle East!

Chairman of the Central Committee of the CPRF, G.A. Zyuganov