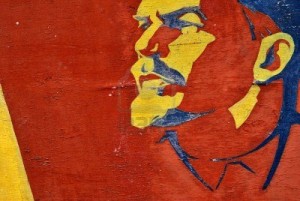 In the extremely complicated conditions of anticommunism you managed to restore the party. The ruling circles cannot make up their minds to the fact that communists are full of determination to take part in the struggle of working people for their rights. We side with you and wish you to manage to obtain registration of your party thus proving that the ideas of socialism and justice are alive in the Romanian society.

On behalf of the Presidium of the Central Committee of the Communist party of the Russian Federation we would like to extend our deepest condolences over the death of comrade Wissal Farah Bagdache.
END_OF_DOCUMENT_TOKEN_TO_BE_REPLACED

Will Russia be able to weather the tempests and storms?

For decades Western propaganda has been trumpeting that the Soviet Union and its “satellites” were to blame for conflicts in the world and the appearance of trouble spots on the planet’s map. Western politicians and the media brazenly claimed that the USSR was harboring expansionist plans. Twenty years have passed since the collapse of the Soviet Union. Has the world become any safer?